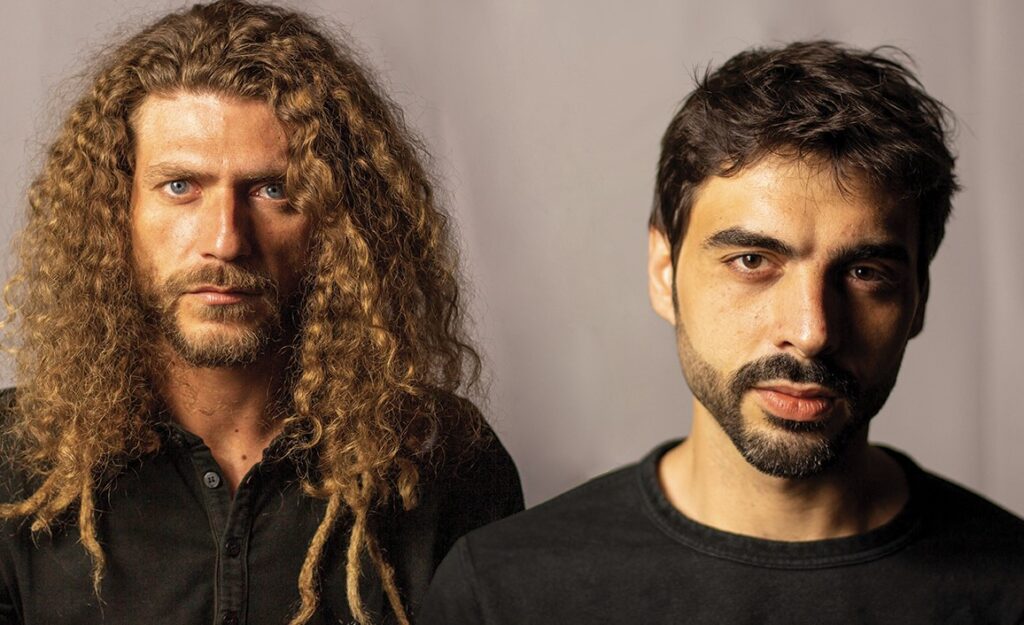 Andrea La Bombarda and Andrea Montrone created the duo Crossing Avenue in 2012 in order to explore the experimental sounds of techno and traditional Apulian rhythm.They use modular system, drum machines, synthesisers and midi controllers in their livesets.

In each production, the emerging of sounds derived from the ancient musical heritage can be perceived when listening, starting with the Malandra EP, released in 2017 on the label managed by Donato Dozzy and Neel (Spazio Disponibile), followed in 2018 by the Avantieri EP, continuing this sonic research in the subsequent Carmaleonte EP in 2019. The latter launches listeners into a whirling ride towards the rhythms of Apulian pizzicato through rotating triplets. Over the production years the duo approached the label Outis, founded by Dino Sabatini with which they released Piromanzia EP in 2021.

2017 was the year of their debut playing live act as the closing set at Berlin Atonal. Since then they joined many festivals all over the world, as Organik Festival (Taiwan), Parallel Festival (Barcellona), Freedom Medellín, Le Guess Who (Utrecht), Up to Date (Byalistock) and hitting venues such as Berghain (Berlin), Goa (Rome), Shelter (Amsterdam), The Block (Tel Avib) and many more along the way.

Crossing Avenue is part of the non-profit collective known as Domus since its foundation, active in the organisation of techno events together with its passionate supporters, in which guest artists experience an idea of party free from the logic of the music industry, thus allowing them to get to know the territory and the scene.